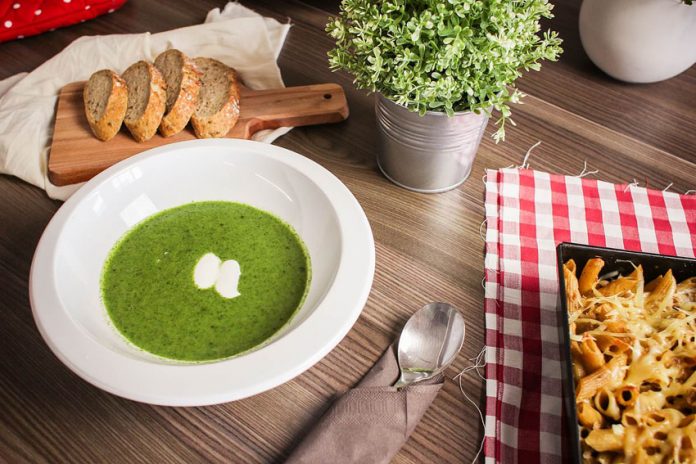 About one in three people will develop cancer during their lifetimes, according to the American Cancer Society. About 1.7 million new cancer cases are expected to be diagnosed in 2018 in the U.S. and about 609,640 Americans are expected to die from the disease.

Although the statistics are sobering, researchers have made tremendous progress in diagnosing and treating cancer. And one thing they’ve found is that between one-third and one-half of cancers can be prevented through lifestyle changes, reports WebMD.

Similarly, recent statistics from Cancer Research UK find that almost four in 10 cancers in the United Kingdom could be prevented, largely through lifestyle changes.

And although many of these seem like common sense, studies have found that not everyone is aware of the link between cancer and these everyday practices. For example, according to Cancer Research UK, 15 in 20 people don’t know obesity can be linked to cancer, and 18 in 20 people aren’t aware of the connection between alcohol and cancer.

Tobacco use is one of the main causes of cancer, including cancer of the lung, larynx, mouth, esophagus, throat, bladder, kidney, liver, stomach, pancreas, colon and rectum, and cervix. Chewing tobacco has been linked to cancers of the mouth, esophagus and pancreas. Even if you don’t use tobacco, exposure to secondhand smoke could increase your risk of lung cancer.

There is no safe level of tobacco use, says the National Cancer Institute. People who quit smoking, regardless of their age, have significant increases in life expectancy compared with people who keep smoking.

Make your diet healthy and well-rounded. Cut back on red meat and saturated fat, which are linked to an increased risk of colon and prostate cancers, reports Harvard Medical School. Limit charbroiled foods, deep-fried foods and processed meat, like hot dogs, bacon, sausage and some deli meat. A report from the International Agency for Research on Cancer found that eating large amounts of processed meat can increase the risk of certain types of cancer.

Instead, eat lots of fruits, vegetables and whole grains. A 2018 Harvard study shows that women who ate at least 5.5 cups of fruit and vegetables daily had a lower risk of developing breast cancer compared to women who only ate 2.5 cups. Another studyfrom the Francis Crick Institute in the U.K. found that eating cruciferous vegetables — like broccoli, cabbage, Brussels sprouts — can lower one’s risk of bowel cancers. Researchers found that a chemical called indole-3-carbinol found in these types of vegetables can change stem cells in the lower bowel and control inflammation of immune cells.

Several other large studies also have found that high-fiber diets are believed to help protect against colorectal cancer.

If you primarily eat organic food, you can lower your risk of developing cancer by 25 percent according to an October 2018 study from the Institut National de la Sante et de la Recherche Medicale in France. The comprehensive study analyzed the diets of about 69,000 French adults. Researchers also determined that participants who followed an organic diet had a 73 percent lower risk of developing non-Hodgkin lymphoma and 21 percent lower risk for postmenopausal breast cancer. Even those who ate a lower-quality diet that was still organic were less likely to develop cancer compared to people who didn’t eat organic.

You may want to think twice before eating dinner after the sun goes down. A 2018 study shows that people who ate dinner after 10 p.m. or less than 2 hours before they go to sleep have a higher chance of developing breast or prostate cancer.

The study surveyed 621 people in Spain and found that people who regularly ate dinner before 9 p.m. or waited a few hours after their last meal before going to sleep had a 26 percent lower risk of developing prostate cancer and a 16 percent lower risk for breast cancer. “Breast and prostate cancer are the two cancers most closely related to night shift work and circadian disruption,” Manolis Kogevinas, a research professor at the Barcelona Institute for Global Health and the lead investigator of the new paper, told Popular Science.

The study also notes that people who tend to eat dinner earlier also followed other cancer-preventing lifestyle choices like eating healthier as well as getting a proper amount of sleep and exercise.

Stay at a healthy weight

If you are very overweight, your chances of developing several types of cancer are much higher. Your risk of getting breast, liver, kidney, pancreatic, colorectal and other cancers could increase when you are at an unhealthy weight. As WebMD points out, people whose extra fat is in the waist area may be at a higher risk for cancer than people whose extra fat is in the hips or thighs.

The risk is greater the more weight you gain and the longer you are overweight. But research is beginning to show that risks start to decrease as weight is lost. The best weight loss plan includes healthy eating and exercise.

Exercise is important for so many reasons. In addition to maintaining your overall health, it has been linked to a lower risk of several types of cancers including colon, breast and endometrial cancers. It may also help prevent prostate cancer.

For ideal health benefits, adults should do at least 150 minutes a week of moderate-intensity exercise, or 75 minutes a week of vigorous-intensity aerobic activity, according to the Centers for Disease Control and Prevention. Start slowly and work your way up comfortably to more activity.

Protect yourself from the sun

Skin cancer is extremely common and mostly preventable. Stay out of the sun when you can, especially between peak hours of 10 a.m. to 4 p.m. When you’re outside, cover up with protective clothing like long sleeves, long pants, sunglasses and a wide-brimmed hat. Use a broad-spectrum sunscreen of SPF 30 or higher, even on days when it’s cloudy, and reapply often. Avoid tanning booths and sunlamps, which also emit UV radiation and can cause skin damage.

Be smart with alcohol

If you drink, limit yourself to one drink a day (for women) or two (for men). Drinking alcohol can increase your risk of cancer of the mouth, throat, esophagus, larynx, liver and breast. All types of alcohol (wine, beer and liquor) increase the risk of cancer. People who use both alcohol and tobacco have an even greater risk of developing certain cancers.

And the more you drink and the longer you’ve been drinking, the higher your risk. By cutting back on drinking, the risks of mouth, throat and esophageal cancers decrease.

In a surprising twist on this advice, a 2018 study followed nearly 100,000 adults for an average of 8.9 years and found that light drinkers — people who had 1 to 3 drinks per week — had the lowest mortality risk compared to those who drank more heavily and even those who never drank at all.

Use condoms and talk to potential sex partners about their sexual history. This can help prevent HPV, a sexually transmitted infection that can cause cervical cancer in women, but can also decrease the risk of several other cancers. Being smart about sex can also keep you from contracting HIV. People who have HIV or AIDS have a higher risk of cancer of the anus, liver and lung, reports the Mayo Clinic.

There are chemicals and other toxins in unhealthy environments that can increase your chances of getting cancer. These include asbestos, benzene, radon and unsafe drinking water from pesticide-polluted or industrial sources.

See your doctor on a regular basis to make sure you get any recommended cancer screenings, such as mammograms for breast cancer and colonoscopies for colon cancer.

Give Your Face Volume And Lift

How to Stay Healthy by Enrolling for Dance Lessons

Blockchain Technology and Its Features

What is Public Health Department?

What is Public Health and how can it be improved?