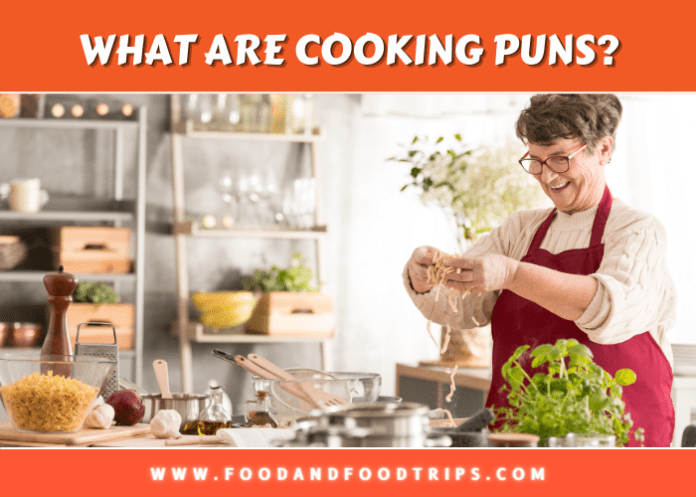 A Cooking Puns refers to a way of using a word’s meaning. To make humor,Puns can be used in writing. A Puns can also be called “paronomasia,” which comes from the Greek term “paronomazein” which means to make changes in a name.Puns are a great way to add humor to writing and can be used in unexpected ways to entertain readers.