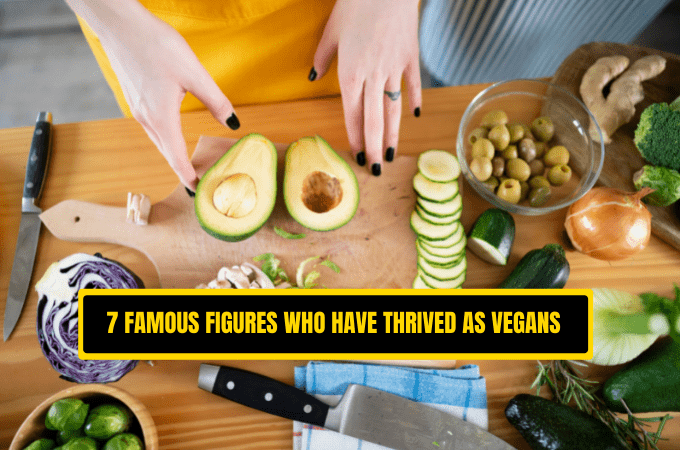 Veganism was once somewhat fringe but is now very much mainstream. While some may still have specific concerns about vegan diets, the truth is that a lot of people thrive with veganism today. People from all types of backgrounds have joined in on the trend, thanks to numerous health benefits the unique diet offers. There are a lot of vegans in celebrity circles, and those are the areas of society some find inspiring; celebs often set trends in terms of fashion and attitude, with veganism being a classic example.

The 42nd President of the United States had an emergency heart surgery in 2010. After he survived, he knew it was time for a lifestyle change towards a healthier living, thus he became a vegan. His primary goal was to live to be a grandfather and changing his diet maximized his chances of achieving his goals.

This celebrity actress, who starred in the movie Clueless, switched to a vegan diet in 1998. She is an animal lover and completely loves her dog. One day she realized she didn’t want to continue to eat animals anymore. As a result, Silverstone made a lifestyle change never to eat animals again. She is now a devoted animal activist and is currently also raising her son on a vegan diet.

A superstar known for his legendary performances in tournaments and millions of dollars in cash winnings, he is also a supporter of saving animals. Counted among poker’s greatest players ever, Daniel Negreanu has been on a meatless diet since 2000 for health reasons. Thereafter, Negreanu has become a staunch supporter of the benefits of a vegan diet, such as reducing the risk of getting cancer, preventing strokes and minimizing the chances of heart disease. Besides health benefits, he also spends his time promoting a healthier environment for farmed animals as he is strongly against animal cruelty.

She is a women’s tennis idol who decided to go vegan in 2011 after being diagnosed with Sjögren’s syndrome. As is obvious, she made the change due to health reasons, but she later realized that she fell in love with the idea of fueling your body in the best way possible.

This famous actor who played Tyrion Lannister from Game of Thrones (GoT) made the decision to become a vegan in 2014. Some fans of GoT may remember Dinklage eating what appeared to be meat in some scenes, when in fact it was really tofu made to look like actual meat. Off the screen, he is a passionate animal-rights activist who took part in revealing what really goes on in the meat, egg and dairy manufacturing industries.

This music magnate, who also practices yoga and deep meditation, has been a vegan since 1998. After learning about animal cruelty in the food industry, he was appalled and made the decision to go vegan and raise animal abuse awareness.

This iconic actor also cares for animals and has been a vegan for over 30 years. His passion for animals and the environment has inspired many other fellow celebrities to go vegan as well. Besides inspiring others, Harrelson spends much of his time campaigning for a vegan world — including trying to persuade the Pope to go on a vegan diet during Lent.

While it may seem like a far-fetched idea, many people including celebrities have already made the switch and are enjoying a healthier lifestyle by going vegan. Going vegan is not just about eating greens and staying away from animal meat; it is also about principles and ethics that go hand in hand in with a lot of lifestyle changes. If you are thinking about making the switch, take inspiration from the famous people listed in this article.